The Amsterdam Impact Award is awarded annually to distinguished researchers or research groups who have made a meaningful contribution to society with their research and innovations. The award is a lifetime achievement award, not a cash prize. The researchers will receive their Award on November 26, 2019. 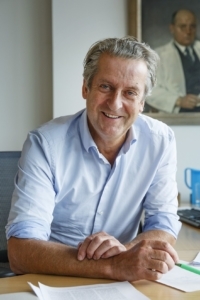 professor of surgery at Amsterdam UMC,   receives the prize for the establishment of the Amsterdam Skills Center for Health Sciences (ASC). Because of this, the Netherlands has one of the most advanced surgical skills training centers in the world, with for instance 12 operating rooms and various laboratories. The ASC is a collaboration between Amsterdam UMC and the American company Stryker, which specializes in medical equipment. Jaap Bonjer deserves recognition for his vision on improving healthcare in the Netherlands and beyond. His ability to take initiatives and bring people of diverse disciplines from both inside and outside the organization together and thereby using his network and social involvement, were decisive for translating his idea into a real social impact. Because of him there is a place where methods can be trained and tested in a better and more efficient way and doctors can intensively practice surgical procedures, both surgical residents as surgeons who have to practice new methods. This has an impact in third-world countries as well, as there is a large shortage of trained personnel. Jaap Bonjer: “The fantastic collaboration between a team of passionate Amsterdam UMC staff and employees of Stryker forms the foundation of the success of the ASC.” 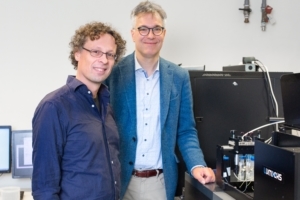 professor of Physics and Living Systems, and Gijs Wuite, professor of Physics and Life Processes, both work at the Vrije Universiteit van Amsterdam. They can map the smallest details of cellular processes by using their instruments such as the optical tweezers and fluorescence microscope. Peterman and Wuite succeeded in commercializing their high-quality equipment for fundamental research. This formed the foundation for the spin-off LUMICKS, which could call itself the market leader in high-tech measuring instruments for dynamic single-molecule analysis. The social and economic impact that is achieved because of these measuring instruments is enormous. The instruments enable research groups worldwide to gain a better understanding of how diseases develop and can be prevented. Peterman and Wuite deserve recognition for their vision, ideas and close collaboration with LUMICKS. They turn research into high-tech measuring instruments. 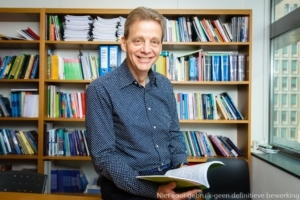 Professor of Poverty Interventions at the University of Applied Science (HvA), receives the Impact Award for his research on poverty and debt issues. Van Geuns has managed to make a difference to people who live from day to day. Debt issues is a broad social problem. Not only for people who, beyond their control, are in debt, but also for organizations, such as housing associations that have to deal with delays in rent payments. “The instruments Van Geuns has developed to manage debt positions and to make debt discussable have had an important social impact.”

An honorable mention goes to Willem Bouten, Professor of Computational Geo-Ecology, of the University of Amsterdam for his innovation of lightweight GPS trackers for birds. These trackers and radar can predict bird density and large-scale bird mobility. This information is important for aviation and windmill farms. The innovation prevents collisions with birds and mass bird mortality. Bouten receives an honorable mention for his important contribution to the valorisation of ecological research. Bouten is a forerunner of e-Ecology, as valorisation can be challenging in this area of research.

The Impact Awards are part of the Amsterdam Science & Innovation Award for the most innovative scientific idea in Amsterdam. The Impact Award is an initiative of IXA (Innovation Exchange Amsterdam, Knowledge Transfer Office of UvA, VU, HvA and Amsterdam UMC, locations AMC and VUmc).