Barbara Baarsma (chair of the jury)

Barbara Baarsma is Director Knowledge Development at Rabobank and she also heads RaboResearch. In this capacity she is responsible for the Rabobank-wide knowledge agenda and the development of the knowledge organization.

Alongside her work at Rabobank, Barbara Baarsma is Professor of Market Forces and Competition Issues at the University of Amsterdam and Crown-appointed member of the Social and Economic Council of the Netherlands (SER). She is also a member of the Corporate Governance Code Monitoring Commission, the National Icons Jury and the Advisory Council of the DNB Academy.

Before joining Rabobank she was Managing Director of SEO Economic Research and held a number of ancillary positions as member of the Supervisory Boards of Loyalis NV, Espria and Aon Groep Nederland bv, board member of Stichting Preferente Aandelen Kas Bank and member of the Advisory Board Responsible Investment at PGGM. She was previously a supervisory director/internal supervisor at Woonzorg, St. Elisabeth Twee Steden Hospital, BNN broadcasting company and member of the audit committee of the trade union organization FNV Bondgenoten.

She is regularly asked to contribute her ideas in committees on ministerial policy issues. For example, she was chair of the Macro Management Toolcommittee in specialist medical care set up by Minister Schippers, and was previously chair of the committee for Vertical Integration in the healthcare sector set up by Minister Klink. She was also a member of the Visitation Committee for the Dutch National Public Broadcasting Company (LPO), the Commission on the Structure of Dutch Banks (Commissie Structuur Nederlandse banken) and the Committee Service Provision at Home (Commissie Dienstverlening aan huis).

She has been working for Shell since 1988, and is currently General Manager Technology Portfolio, responsible for governance of Shell’s R&D portfolio.
Previously, she was the Site Manager for the Shell Technology Centre Amsterdam, where 1300 Shell staff work to improve existing processes and products, and on technological innovations and solutions in the fields of petroleum, natural gas, chemicals and clean and affordable renewable energy alternatives. She has filled various technical, commercial and managerial positions, including in exploratory R&D, technical IT, oil refining technologies and gas treating technologies. She has broad international experience, has numerous patents and technical articles to her name, is an experienced speaker and currently holds several non-executive positions.

As CEO of Cleverbase Joris is transforming the way people, companies and governments are managing the exchange of information between them. Today most formal interactions happen online, but often not yet in a safe, structured, compliant, and efficient way. As a “Trust Service Provider” Cleverbase offers people a safe account for Personal Data Management, starting with providing them a strong electronic ID under license from the Government. With this eID people can login, sign documents electronically and exchange encrypted messages. 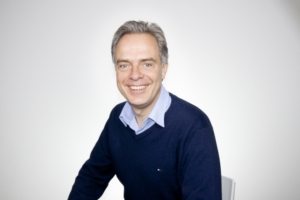 As director at Google Benelux Joris was responsible for the market segment Technology. He helped large corporations like Philips, Samsung, TomTom and KPN make the shift to online. Prior to that he helped Telfort build a position in mobile internet, both for consumer and business customers and launched the first mobile broadband products in the Netherlands

Joris started his career at KPN, where he held various management positions, among others at KPN Belgium where he was a member of the launching team of KPN Orange (now BASE).

He is mentor at Startup Bootcamp and a member of the Advisory Board at Teylers Museum.

Ton van Leeuwen graduated in physics at the University of Amsterdam in 1989. After his PhD and post doc at the Lab. for Exp. Cardiology at the UMC Utrecht and an ICIN fellowship at CWRU (Cleveland), he became staff member of the Laser Center at the AMC. 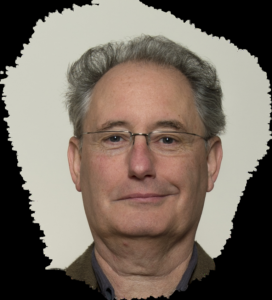 In 2001, Ton was appointed as professor in Clinical Application of Biomedical Optics at the University of Twente, at which he headed the Biomedical Optics group from 2003 – 2008. In 2008 he was appointed as professor in Biomedical Photonics and head of the new BME & Physics department at the Academic Medical Center of the University of Amsterdam.
In 2009, he was appointed as full professor in Biomedical Physics. Current research focuses on the physics of the interaction of light with tissue, and to use that knowledge for the development, introduction and clinical evaluation of (newly developed) optical imaging techniques for gathering quantitative functional and molecular information of tissue.

Alfred holds a MSc in Pharmacy and a PharmD from Utrecht University. Starting as an Industrial Pharmacist, he founded two pharmaceutical contract manufacturing companies before founding VenGen, a hands-on investors and life sciences start-up management company, in 2001. Since then, with VenGen, he co-founded several life science ventures, amongst which UbiQ, SumiQ, FlexGen, Diagnoptics, Photonics Healthcare, ViciniVax and to-BBB.

Alfred has been CBO of to-BBB and CEO of ViciniVax. Currently, Alfred holds the position of CEO of UbiQ and subsidiary company SumiQ. UbiQ started as a spin-out of the Netherlands Cancer Institute in late 2010 and develops and commercializes ubiquitin research tools, enabling drug discovery in the ubiquitin field. SumiQ is developing mechanism-based covalent SUMOylation inhibitors, targeting non-oncogene SUMO addicted cancers.

Edo Roos Lindgreen, Professor of Data Science in Auditing at the UvA

Edo Roos Lindgreen is a professor of Data Science in Auditing at the University of Amsterdam, where he currently leads the Executive MSc of Internal Auditing and the Executive Programme of Digital Auditing. Edo received his Ph.D. in Computer Science and Information Security at Delft University of Technology. His current research focus is on the application of digital technologies in the audit space, including data science and AI. He is co-founder of the Amsterdam Platform for Privacy Research and is a member of the organizing committee of the tri-annual Amsterdam Privacy Conference. 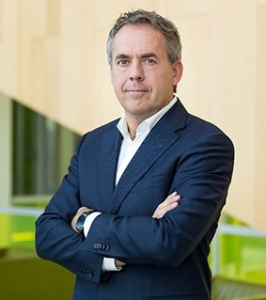 Until 2017, Edo was a partner at the international audit and advisory firm KPMG, where he served national and international clients, including Heineken, Rabobank and KPN, and fulfilled several leadership roles. From 2012 to 2016, he designed and led the Dutch firm-wide innovation program. He was a member of the jury of the Philips Innovation Award and the KPMG Innovation Contest.

Nathalie de Vent worked on the Advanced Neuropsychological Diagnostics Infrastructure (ANDI) during her PhD at the University of Amsterdam (2013-2018) to generate proof of principle for ANDI and its methodology.

ANDI is an online diagnostics tool which assists neuropsychologists in determining which patients show signs indicative of a brain disease.

opened possibilities for further developing ANDI. At this moment ANDI is being valorized and turned into a business entity with the help of the NWO take-off funding as well as the IXA APCA funds.