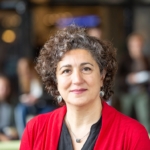 Halleh Ghorashi (VU) conducts research on refugees and diversity. Her research focuses mainly on the stories of refugees and migrants. “Policy is often based on numbers, but that doesn’t get you close to the world of the people you make policy for. Over the past twenty years, much has been said and done about diversity without much result. This was because existing structures and standards were not called into question. Diversity was mainly about the other having to adapt. While space for polyphony is necessary to make diverse talents feel at home. For organizations, disruption by new perspectives is essential from time to time to allow for innovation. Moreover, this is the only structural way to connect with diversity in society.” 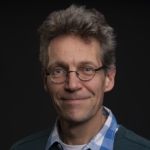 Jeroen Kluck (HvA) conducts research into climate adaptation in cities. “The major challenge for the coming years is the development of a city that is liveable and healthy all year round and that pays attention to biodiversity. Guidelines for climate resilience have been developed based on my research. Municipalities use these in redevelopment projects. If a street is to be overhauled, planners can see if there is room for a row of trees or a park nearby. Every redesign is along the bar of climate-resilient objectives. In this way, a city has completely changed in thirty years. And there are already municipalities and provinces that work like this.” 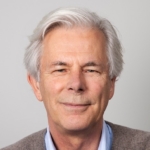 Hergen Spits (UvA and Amsterdam UMC) conducts scientific research into B cells. These are the cells in the human body that make antibodies. To do this, he looks at people who have survived a virus infection or cancer. “The immune system of healthy people can help that of the vulnerable. For example, research into the RS virus, which mainly affects children, has come a long way. We isolated B cells from healthy adults who were not affected by the RS virus, which made it possible to make antibodies that neutralized the virus in vulnerable children. The license was transferred to the pharmaceutical company Astra Zeneca twelve years ago. The RSV antibody has now successfully completed the required clinical trials and the company is expected to apply for a marketing authorization next year. So there is a good chance that the drug will become available to young children within two years. The great thing is that this B-cell technology can also be applied to other viral infections, such as flu, and even cancer.”

Bart Klijsen (director of IXA VU-VUmc): “For the Impact Awards we focused on the impact that a scientist or a research group has had on Dutch society. This was done on the basis of the seventeen United Nations Sustainable Development Goals. These themes have been reduced to three domains: Society, Health and Environment & Climate. It is nice to see that Dutch science is very widely represented within these themes. We want to recognize and appreciate that. Appreciation of people who distinguish themselves in terms of knowledge transfer, impact and entrepreneurship still doesn’t happen often enough. These good examples are very important for young scientists with ideas to improve society.”